"In this short story Science Fiction drama: Detective Robert Miers is in trouble. His partner is missing, he’s suspended from work, and he’s got a gap in his memory that he can’t explain. Uncovering the truth means plunging into a bizarre new reality far beyond his comfort zone, an inescapable reality where memories can transfer from body to body, secret factions fight for control, and human life extends far beyond Earth. Is taking sides worth the risk-to his job, to his family, and to himself?
And does he even get to choose anymore?"

Available on GoodReads, Amazon, Bukinist AL, and as a partial read on INKITT 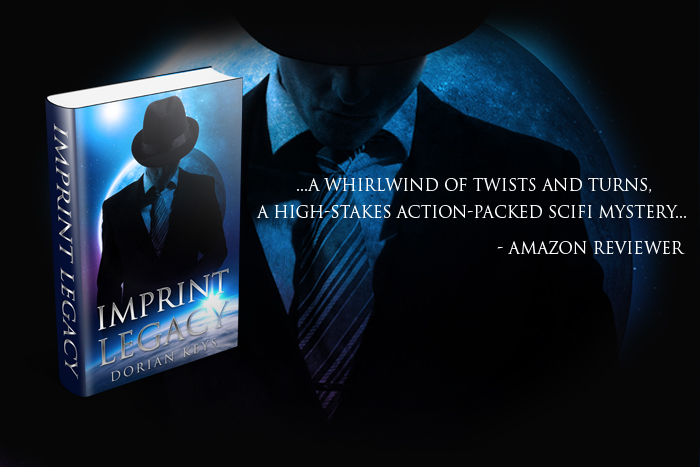 "...Detective Robert Miers and his partner Steven Enry are part of New City’s Interstate Operations Unit, working with the FBI to solve unusual cases. While investigating a missing persons case, a tip leads Robert and Steven to a house in Ohio.

But nothing there is as they expected.

Ten days later, Robert is missing chunks of his memories and his actions are under investigation by the New City Police Department because Steven disappeared that night. Will Robert be able to find his missing partner? And even if he does, will anything ever be the same for him again once he learns that reality is far different from what he’s always believed?...

...This really could have been a longer novel because Dorian Keys has done a fantastic job of setting compelling characters along a provocative plot against an intriguing background." -Literary Titan

BIG THANKS FOR A BIG DAY...

February 2020 was a bad month probably for the entire planet. With COVID-19 ravaging through it. However i was able to see a silver lining. This was the month Tranplanti i Jetes (ISBN: 9789928277787) (Imprint Legacy) was published, in paperback, in Albanian. Big thanks to publishing house Toena, the editor Fatos Kongoli and the translator who helped me with this difficult task.